Striae are linear scars on the skin, the appearance of which in most cases is associated with atrophy of the epidermis as a result of excessively fast stretching of the skin. Of particular importance is the genetic predisposition to scarring, hormonal changes and other factors.
Striae can occur in representatives of any race and any gender, but in women about 2 times more often than men. Many woman (up to 70%) and men (up to 40%) in adolescence have striae. In pregnant women, stretch marks are found in 80–90% of cases.
The most effective and at the same time modern methods for the treatment of striae include non-ablative fractional photothermolysis and fractional ablation: techniques that can be used to direct and controlled remodeling of the dermis and scar tissue. In our practice, we use a non-ablative laser ResurFX M22 by Lumenis, it creates microzones of photothermolysis in the area of ​​scar tissue, starting the process of its gradual renewal. In addition, similar zones are created in the surrounding healthy skin. Fractional photothermolysis provides a gradual smoothing of the scar area, as well as smoothing the boundaries between healthy skin and stria. As a result of such treatment, a complete visual disappearance of striae can be achieved and return smooth skin.

Everyone wants to have beautiful and smooth skin, at We Do Esthetics we use the best technology and customized treatment plan for solve any problem with your skin. 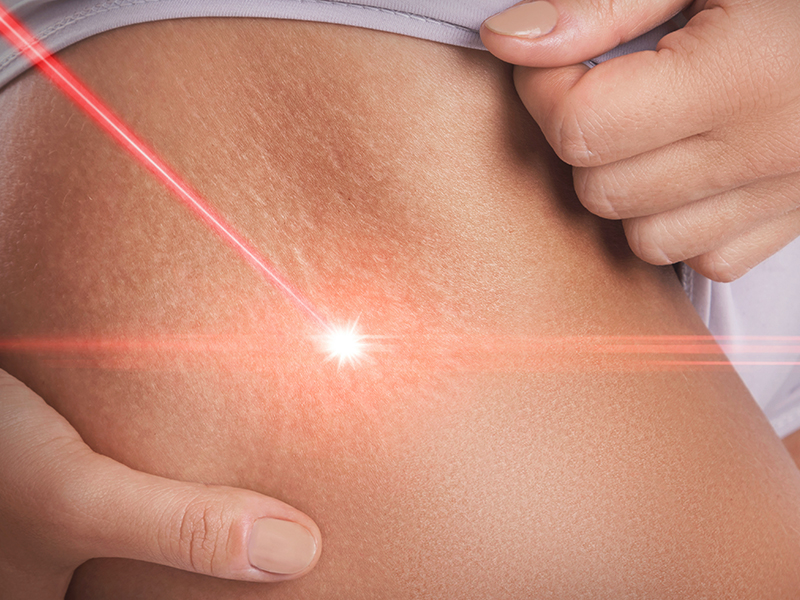